We have a passion for human movement, and using hands on manual techniques, we can help you get back your full, natural and pain free mobility. 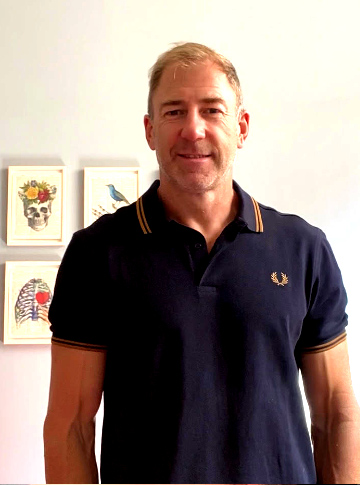 Rohan Armstrong is the co-Clinic Director at SKBO in St. Kilda. With over 25 years of clinical experience, Rohan’s career has taken him to all parts of the world treating performers, sportspeople and everything in between.

Rohan is passionate about Osteopathy, Primitive Movement patterns & Running and how the human body is designed to move. Believing we are all ‘Born to Run’, Rohan likes to help everyday people regain their natural ability to move, move well, become more active, & re-discover the joys of running, to achieve their running goals.

Rohan has worked with many athletes & performers over the years, including the performers of Circus Oz to keep them at the top of their game. He has a deep understanding of how the human body is designed to move and how our daily lifestyles impact and compromise our performance. Rohan enjoys working with you to improve your mobility, strength & function, and hence your overall health and wellbeing.

Rohan is also an Accredited Athletics/Running Coach and has developed a special interest in running & runners, coaching running technique & efficiency in a 6 week course he has designed. This passion has lead him to create Run Well – Marathon Coaching, where Rohan coaches runners of all abilities to run with greater efficiency and to achieve their running & marathon goals. Rohan also takes regular running group training sessions at the Tan.

Book an appointment with Rohan

Charles has experienced a broad exposure to a diverse range of clients whilst working in the CBD, from desk jockeys to weekend warriors and everything in between. Working as Senior Sports Trainer in the Division 1 Southern Football Netball League he furthered his experience in sports injury prevention and acute injury management. Charles has also worked at Sacred Heart Homeless Shelter and Mullum Mullum Indigenous Community Clinic where he treated and managed patients with difficult personal circumstances.

Charles tailors his treatment and management plans to suit each client’s unique physical and mental attributes in conjunction with their lifestyle and goals. As he returns his patients to full and pain-free function, Charles remains acutely aware of the importance of implementing gradual change to establish sustainable habits on the path to recovery.

Charles is a sports fanatic, with extensive experience as a player, coach and, of course, spectator. While his deepest passions lie with AFL and basketball, he loves the chance to work towards any sports-related goal or to simply have a chat about last night’s game!

Charles is available on Tuesdays & Thursday at SKBO, you can book to see Charles here. 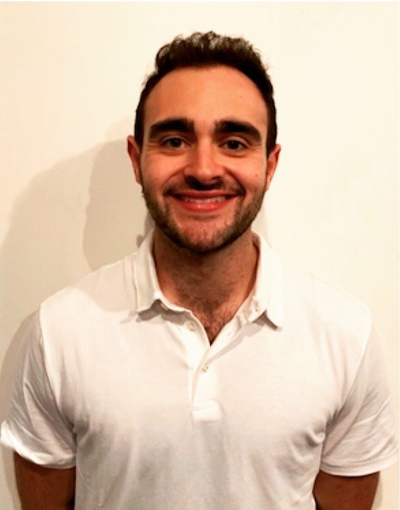 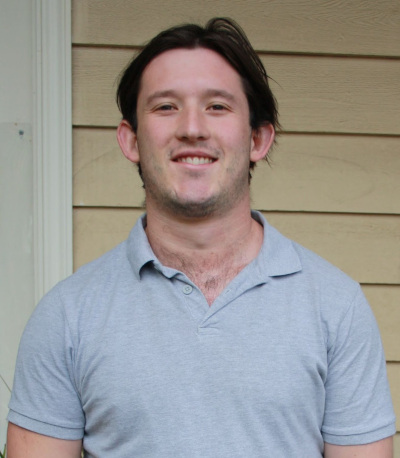 Athol has worked in a wide range of settings and environments which has exposed him to a variety of patients. Athol has returned from working in regional Victoria where he saw an extensive range of complaints. From his rural work, Athol has treated local farmers, sporting athletes, and desk workers of all ages. Athol also has plenty of experience with treating the elderly, as he is currently working within an aged care setting 3 days a week.

Athol has a passion for treating sport related injuries through an active approach that empowers the athlete to get back to their pre-injury intensities so they can compete at their very best. Athol has gathered experience in these settings through his work in London at a Sports clinic at the University College of Osteopathy as well as combining a sports training role with his osteopathic role at two ametaur Australian rules clubs.

In the treatment room, Athol is not limited to hands-on osteopathic skills. Athol places a strong emphasis on educating patients on their conditions with simple diagrams or analogies to enable patients to understand exactly what their problem is. Additionally, Athol enjoys using an active approach and will coach his patients through a guided rehabilitation program which consists of multiple exercises and movement patterns to enable people to return to their goals.

Lastly, it is not uncommon to hear a burst of laughter from the clinic room or for never ending conversations about all current news and sport.

Athol is available on Mondays, Wednesdays and Fridays. Book an appointment with Athol

Olivia is the newest member of St Kilda Beach Osteopathy and brings with her many years of experience.

Since graduating with a Master of Health Science (Osteopathy) at VU in 2009 Olivia has worked in private practice throughout Melbourne, country Victoria and on the Sunshine Coast.

Growing up as a headache sufferer, Olivia tried multiple healthcare modalities to gain relief and found Osteopathy to be the most helpful. As a result she understands how tough it can be to live with and suffer headaches and enjoys seeing people gain relief through her treatment.

On top of Osteopathy, Olivia has studied Pilates and has a Certificate IV from Breathe Education. She enjoys utilizing the strength that comes from resistance training in conjunction with hands on treatment to provide the best results for her patients. She is also trained in ergonomic assessment and dry needling.

Outside of Osteopathy, Olivia is a very busy mum of 2 gorgeous young children. She loves exploring the city for new parks to tire out the kids, going to the beach and training at the gym.

Book an appointment with Olivia. 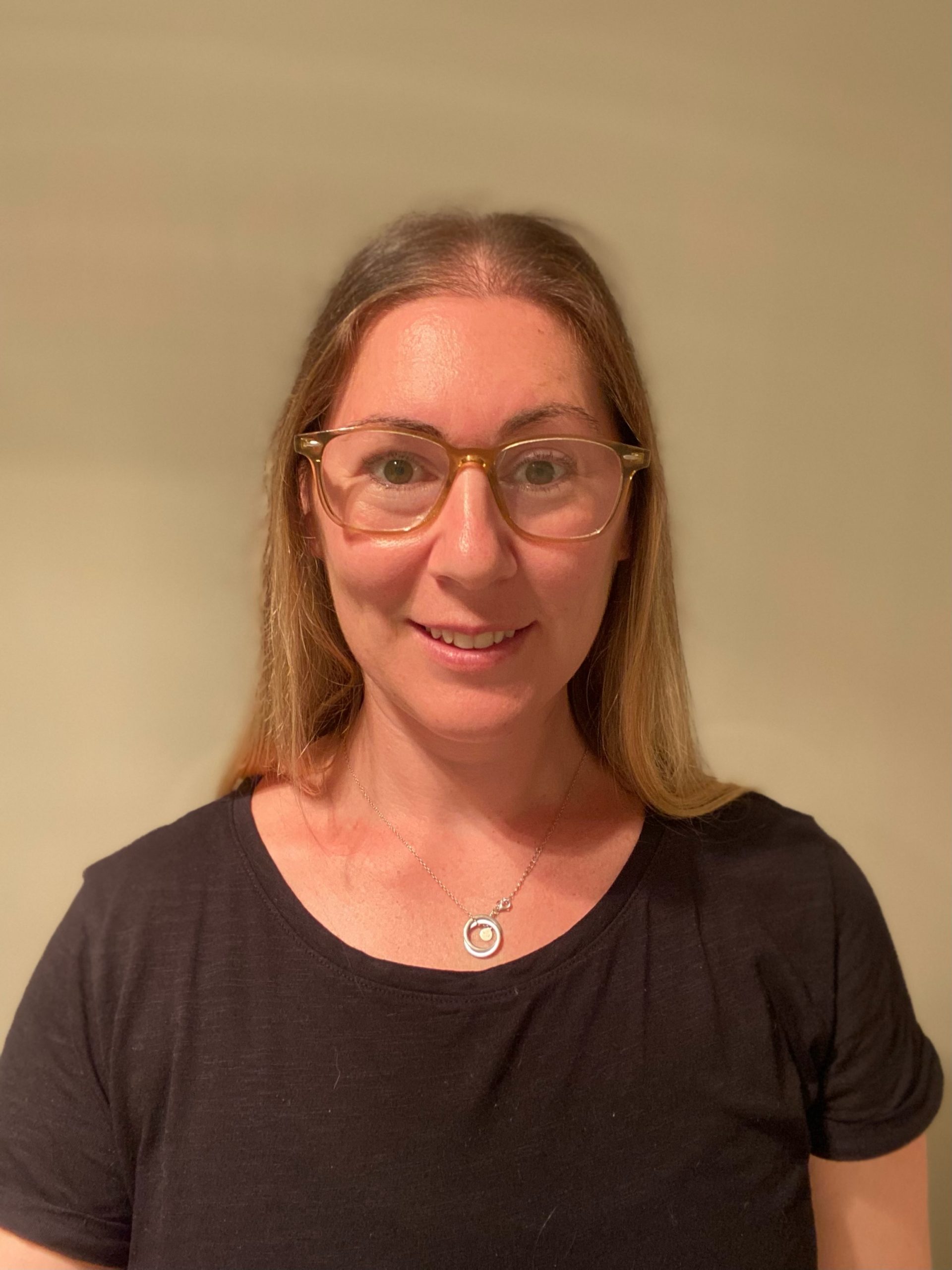 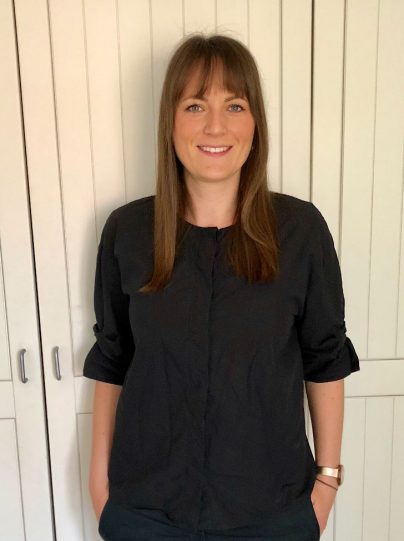 Ryl is currently on maternity leave and is expecting her twins in the coming weeks.

Rhyl is an experienced practitioner who enjoys combining osteopathic principles with a functional approach that has been influenced by her Certificates III and IV in Fitness and Personal Training as well as her further studies and experience in Clinical Injury Rehabilitation, combining functional movement and biomechanics.

Rhyl believes that moving well and moving often is the key to overall health and well-being. She empowers her clients to overcome acute and chronic pain with an active treatment approach, using a combination of movement coaching and hands on techniques both in the treatment room as well as the Clinical Rehab setting we have at Versus.

As our Strength & Clinical Rehab Specialist, Rhyl aims to bridge the gap between the treatment room and the training space. She can’t wait to help you reach get back to training and reach your potential!
Rhyl is currently available for after hours appointments on TUES (5-8 PM) and Sat mornings.

Book an appointment with Rhyl

Ryan is an enthusiastic remedial therapist, looking to help every individual return to their optimal functionality through his remedial massage treatments and advice. He has experience in his own personal rehab after injury, is a keen sportsman himself which has him well placed to help facilitate your return to exercise and improved performance.

Ryan is excited to further his career as a health professional working with the team at SKBO & Versus, and sharing & expanding his knowledge and skillset to create a nurturing, productive experience for his clients.

Ryan is available on Sundays. Book an appointment with Ryan 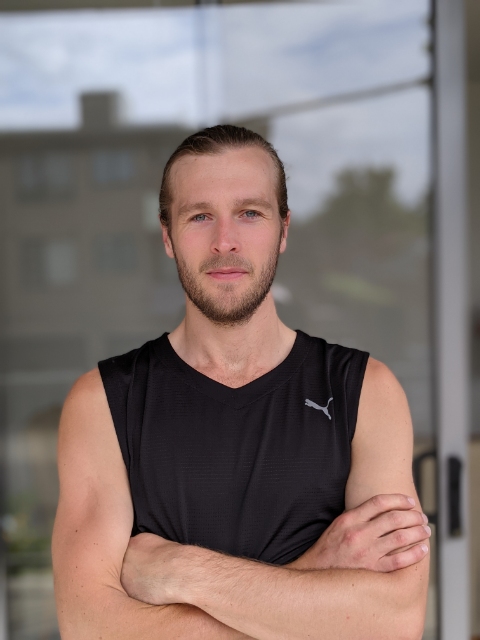